After announcing his retirement on Tuesday, Democrat Rep. John Conyers endorses his son as a replacement, then his disgusting tweet resurfaces.

Conyers was on a local radio station making the announcement about his retirement and endorsing his son. The decision went down two weeks after his sexual harassment allegations came back to light. He took some time to discuss his political future with his advisers and family. 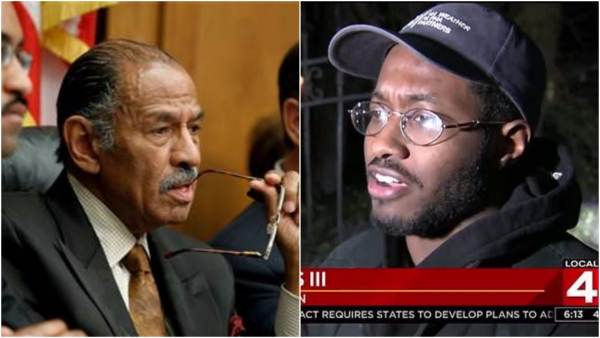 In a tweet that has since been deleted, John Conyers III (who has since deleted his Twitter account) made a blatant reference to his dad's infidelity.

“My dad is a f*cking player and reckless as hell! He just got at this doods wife super low-key.”

It's not clear which woman Conyers' son made the reference to.

“And for those wondering if it’s really the congressman’s son, other past tweets talking about “Mom Con” and Uncle Carl — the elder Conyers’ brother — should clue you in.”

Conyers settled a sexual harassment allegation with $27,000 of taxpayer money. With the backlash he was facing he had no choice but to resign. The anger directed toward him was not dying out. It was getting more and more intense as time went on instead of fading out like Conyers hoped. He had no choice but to walk away.