Upon moving into the White House, Donald Trump has a lot of big decisions to make. One of them being, will Trump fire FBI Director James Comey? 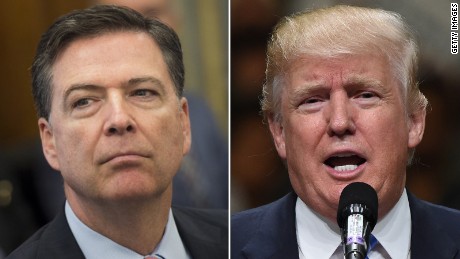 FBI Director James Comey is three years into a 10 year term he is serving as director. The reason the term is set to run over presidencies is to keep the position from being politicized. That said, the president can dismiss the director at any time. Dismissing the director is only an accepted movement if there was corruption or ethics issues with regards to the director.

In the final days of the general election, people from the Democratic and Republican Party were calling for the ousting of Comey. They were extremely angry about the handling of Hillary Clinton's use of a private email server.

In Trump's first interview with CBS News, he said he is not sure what he is going to do about the situation.

“I haven’t made up my mind,” Trump said with regards to Comey. Trump is truly torn on the issue. “I respect him a lot, I respect the FBI a lot. I would like to talk to him before I answer a question like that.”

This will be a very key decision for President-elect Donald Trump. Do you think he should keep FBI Director James Comey or move along to a new director? Let us know in the comments on Facebook.