It's been tough going for Megyn Kelly ever since she moved to NBC. Now, NBC in total panic about Megyn Kelly's morning show ratings. And the show hasn't even debuted!

Yet, according to network insiders, her new role is prompting “questions internally about who her audience is exactly” as well as a sense of “total panic” concerning the intense media scrutiny that will unavoidably attend the launch of Megyn Kelly Today, to say nothing of the need to publicly vindicate NBC News Chairman Andy Lack’s $17 million gamble (reportedly her eye-popping annual compensation) when he wooed her away from Fox.

It was not a good omen for Kelly’s daytime prospects when Sunday Night with Megyn Kelly posted disappointing numbers, was reportedly pulled from its limited summer run July 30 two episodes short of the expected 10, and attracted unwelcome controversy with the Alex Jones segment, notably protests from the relatives of the Sandy Hook Elementary School victims (including 20 young children killed in a mass shooting that Jones had called a hoax).

“The Sunday show laid such an egg that any claims that she had automatic star power, to get people in the door to see what she was doing, have been disavowed,” television news analyst Andrew Tyndall told The Daily Beast. “The stardom of the celebrity anchor was a phenomenon of the 1980s back when [flamboyant ABC News president] Roone Arledge was around. In this day and age, the shows make the anchors, not the other way around.”

To say it's been a disappointment for Megyn Kelly at NBC would be an extreme understatement. It's been much closer to a complete failure. According to a report by the New York Post, Kelly's show was pulled two episodes sooner that it was scheduled due to terrible ratings. Ouch! 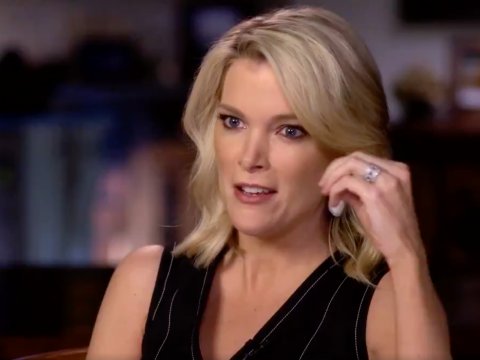 Last week, Sunday Night with Megyn Kelly set another viewership low with just 2.71 million total viewers. In the last three weeks, her show has failed to beat the years-old Dateline rerun the network ran in her show’s time slot when Kelly took a week off during the Fourth of July holiday weekend.

According to the New York Post, “Kelly’s ratings-challenged Sunday show was announced as a limited” run that would return after the football season. The network was reportedly angling for at least ten episodes but apparently decided to end Kelly’s misery after eight episodes as Kelly’s downward spiral in the ratings did not stop.

An NBC spinmeister claimed that Kelly’s show was going off the air after this week’s show because she needs to be “freed up to focus” on her morning show. Translation: Kelly needs to do all she can to not ruin NBC’s crown jewel Today franchise. Network executives, who reportedly have been freaking out about Kelly’s poor ratings, are probably praying that Kelly simply does no more harm than she has already done in her short time at the network.

Television executives have reportedly wondered whether Kelly Sunday show, which seems to have highlighted her numerous substantive and stylistic flaws, will even return at all.

What a complete disaster. At this point is NBC thinking about pulling the plug completely on the Megyn Kelly experiment. It has to have at least entered their minds.