This married 32-year-old math teacher has lowered the bar for teachers having sex with students. She had sex with a 14-year-old student repeatedly inside the school.

Lanford is not only married, but also a mother. She had been a teacher at Miamisburg Middle School for nine years until she resigned from the position in late May after the sexual allegations came to light. 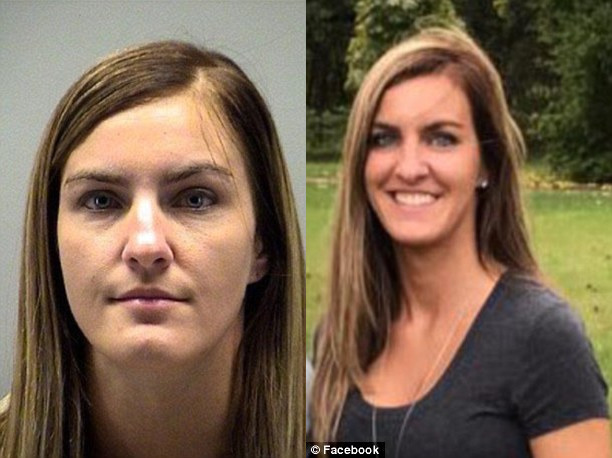 According to court documents cited by the Dayton Daily News, Langford is accused of twice performing oral sex on the teenage boy, twice receiving oral sex from him, and twice having sexual intercourse with the 14-year-old.

The suspected sexual contact between the teacher and student took place on May 23 inside the middle school, according to the documents.

Following her indictment last month, Langford was released on her own recognizance.

'This teacher violated her position of trust and authority by engaging in a relationship and abusing a minor student,' Montgomery County Prosecutor Mat Heck Jr told Fox 45 Now.

Langford and her husband have been married for seven years, and a social media post on a relative's Facebook page suggests that the couple have a four-year-old daughter together. This happens time and time again. For the high schoolers a case could be made that it's just a boy living out his fantasy. Middle schoolers is just too far. Come on woman, get your stuff together. One day your child is going to learn about this.