On Tuesday Malcolm Nance called for ISIS to bomb a Trump building in Turkey. Will MSNBC fire him?

Since then Nance has deleted the tweet. The tweet was first reported by the Washington Free Beacon. The tweet read, “This is my nominee for first ISIS suicide bombing of a Trump property.” It showed a photo of Trump Tower in Istanbul. It was accusing Trump of enriching himself with U.S. foreign policy. 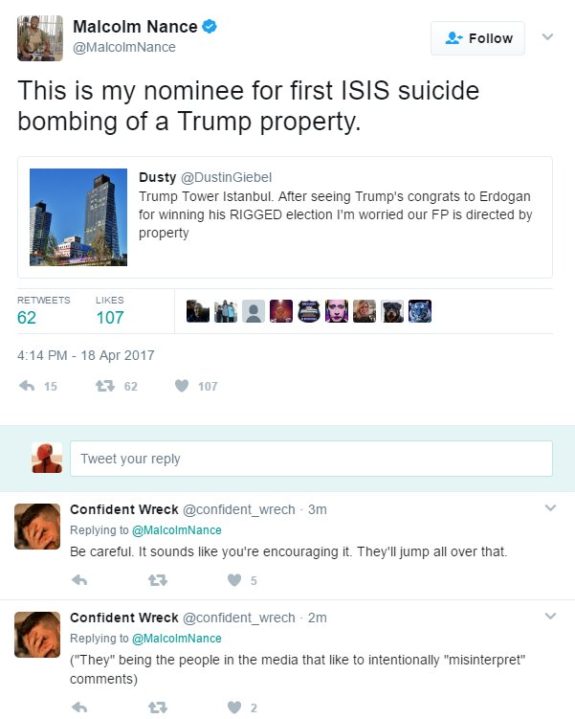 Per the Washington Times, as of Wednesday morning there has been no apology from Nance. Also, Trump does not actually own the tower in Istanbul, but he did license his name for use on the property.