There have been multiple states recently that have been trying to take measures in order to rig the upcoming election in favor of the Democrats. There is no level too low that they won't stoop down to in order to try and cheat President Trump and America.

But one of the states that seem to be taking things to a new level is Oregon. They're have been trying to rig their primary election with their vote by mail system.

The problem is that it's being reported that hundreds and possibly thousands of Oregon residents have reported that they mysteriously had their party changed which now makes them ineligible to vote for their candidate. This change came without their permission or knowledge.

Residents are trying to get the word out about what's going on, but Oregon is trying to cover it up. They've even got Facebook in on the cover-up.

Recently, the Gateway Pundit put out an article on the voter fraud, then Oregon government officials contacted Facebook to have them delete and hide any mention of the story. 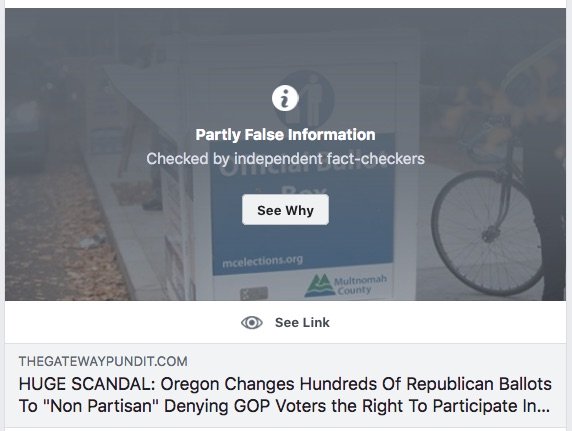 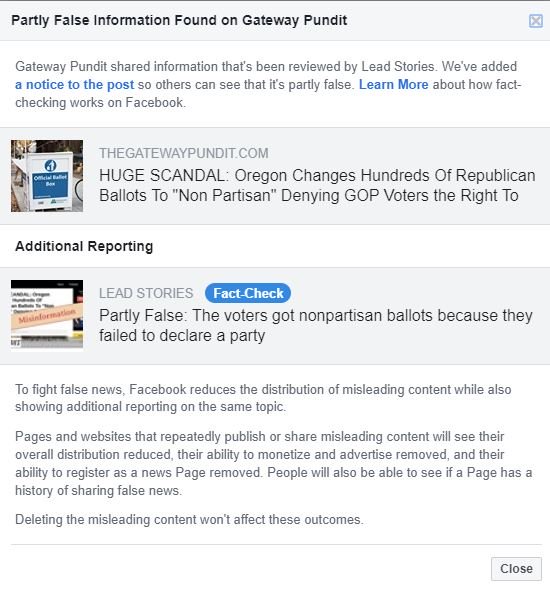 And now they're not even allowing the story to be posted at all. 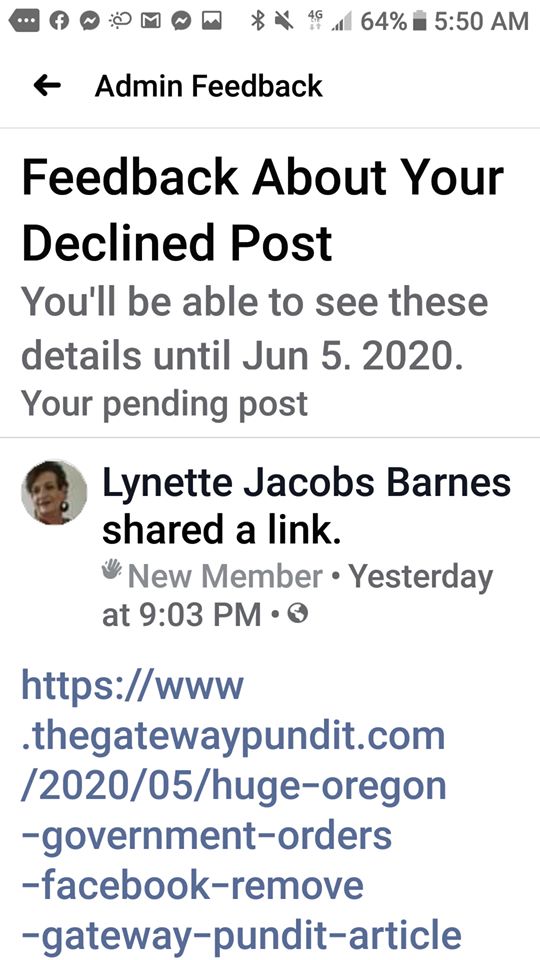 This is all despite hundreds of testimonies that it is happening:

One person in the group said,

"My husband and I have been registered Republican forever. We got our ballots and his was changed to Nonpartisan. He called to change it and they told him that’s how they received it from the DMV. That was a lie because he clearly marked Republican and his voter registration card states Republican. We haven’t moved or made any changes so they’re full of poo. It was too late to change for the primary (of course) but he went online and changed it back so he could at least have a saw in November.

I’m seeing that it is only Republican voters that have been changed. I’ve emailed AG Barr, a couple representatives, and filed a formal complaint with the election board. Is there anything else that can be done?"

"Changed BACK from NP to R after they changed me 2 weeks ago. Just went in to check and it was back to NP"

You can go look at the Facebook group and see more people claiming the same exact thing. The group is public so you don't need to join.

Former President Barack Obama is sad. He got his little feelings hurt by the bad orange man.

New York Governor Andrew Cuomo is now regretting an early decision that he made which led to a lot of unnecessary deaths. In fact, so many deaths that it actually surpassed those that were killed on 9/11.

Back in March, Gov. Cuomo instituted a policy that actually placed COVID-19 positive patients back into nursing homes even while they were infected. Everyone else in the country knows to quarantine these individuals, but Cuomo sends them into a group of the most vulnerable individuals.

"In a direct usurpation of the legislature's authority, Governor Newsom issued an executive order purporting to rewrite the entire election code for the November 2020 election cycle," read the complaint, filed Sunday in the U.S. District Court for the Eastern District of California, per Fox News. "This brazen power grab was not authorized by state law and violates both the Elections Clause and Electors Clause of the U.S. Constitution."

On Sunday, former Vice President Joe Biden appeared on WISN's "Up Front" and spoke about mail-in voting. He claimed that there is "no evidence whatsoever" of mail-in voting fraud.

I honestly have no words. Is he really that far gone or does he really think the American people are that stupid?

There are many more likely causes of death than coronavirus, but the media refuses to report on the low coronavirus death rate.

Joe Biden Takes a Shot at President Trump: Presidency is 'a lot more than Tweeting from your golf cart'

After another gaffe-filled week, Joe Biden took to Twitter to get things moving in a positive direction. Biden made a reference to President Trump's decision to spend Memorial Day at his private golf club in Virginia.

Biden tweeted that being president requires more than "tweeting from your golf cart."