So it seems that the Democrats, by their lack of speaking up about the violence and insurrection going on in Seattle, condone and support what they're doing.

This is a bad political play contrary to what they may be thinking. This may appeal to the far left, but that's not what the majority of Democratic voters are. They just want to live in peace like everyone else does.

As you should already know, Antifa has claimed a 6 block area in Seattle as their own territory that is separate from the United States. It is now known as Capitol Hill Autonomous Zone, or C.H.A.Z. for short.

There are no police, which is fitting of for them because liberals want to defund the police anyway right? Well, technically, they've set up their own "police" system.

But don't worry, Antifa will protect you. These kids surely know what they're doing, right?

Take a look at some of the images. 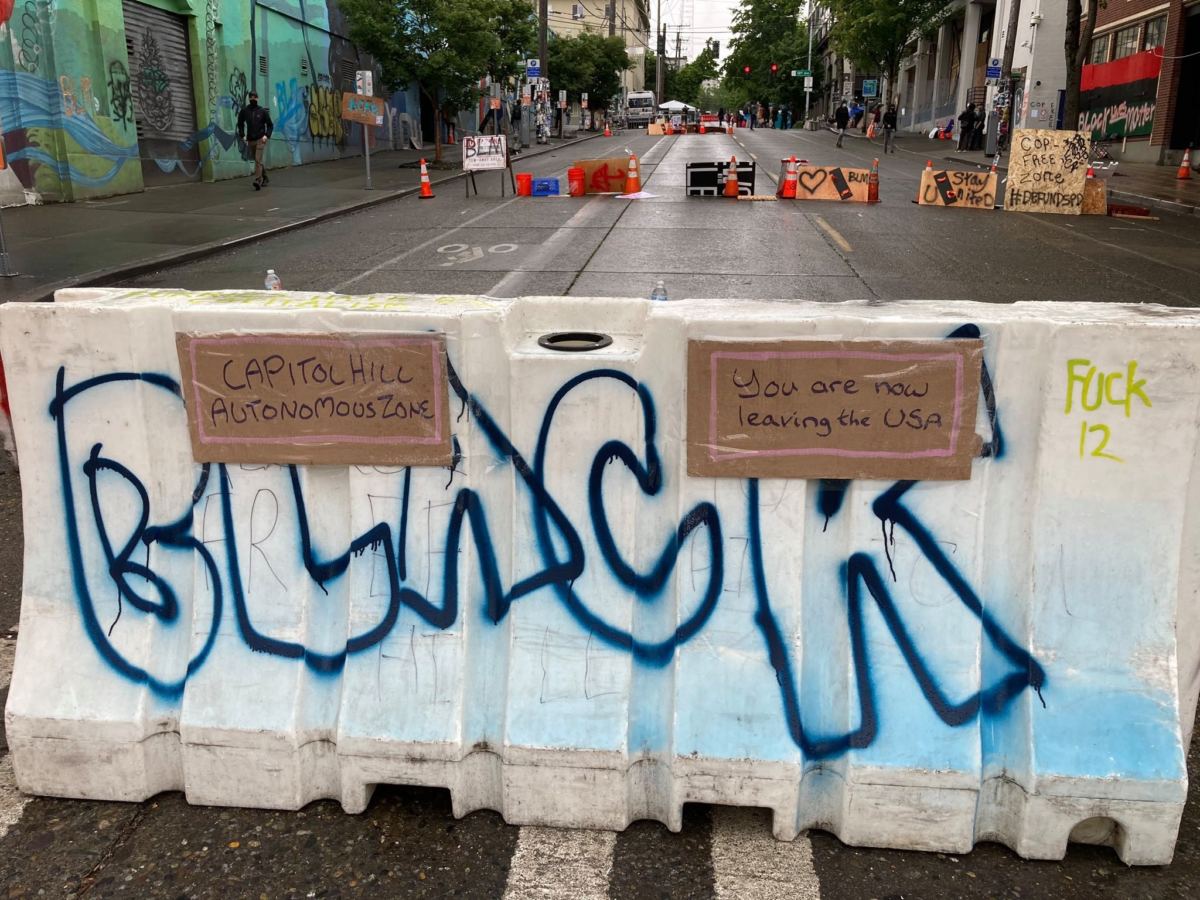 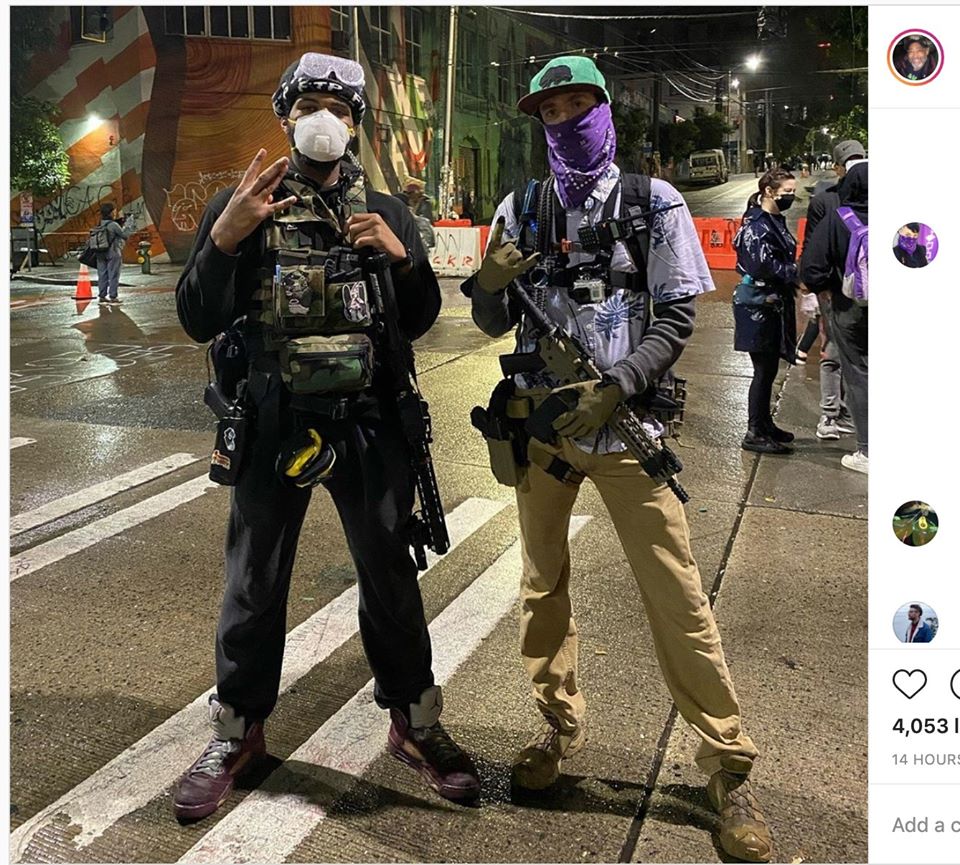 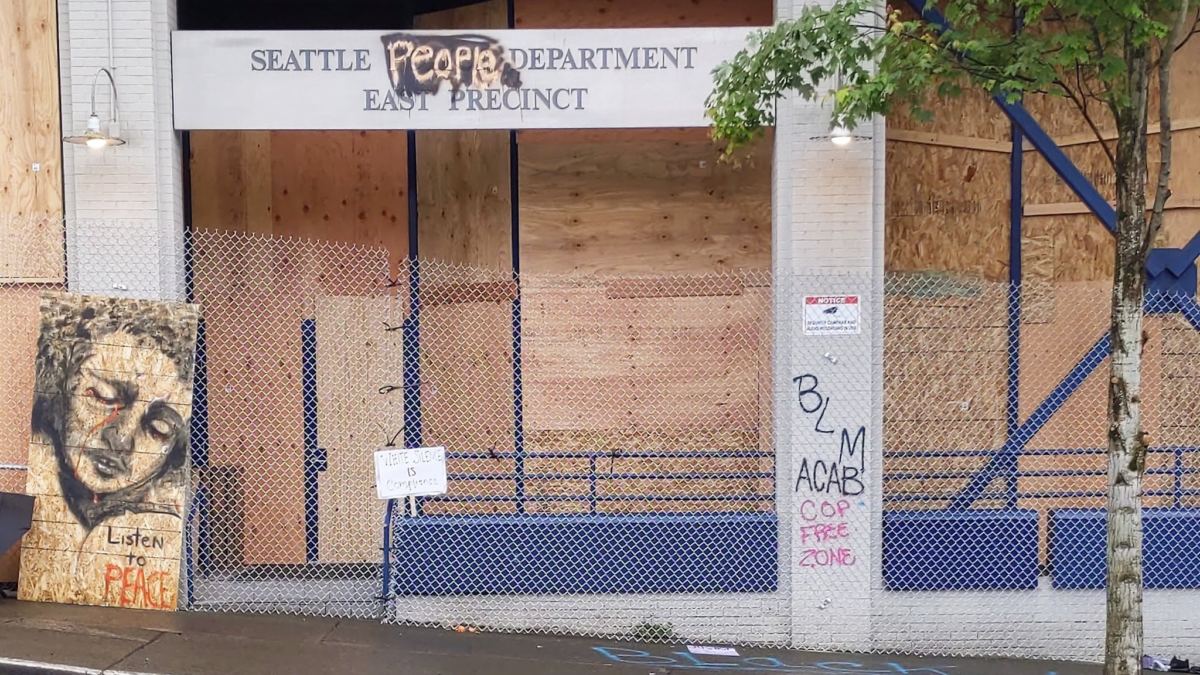 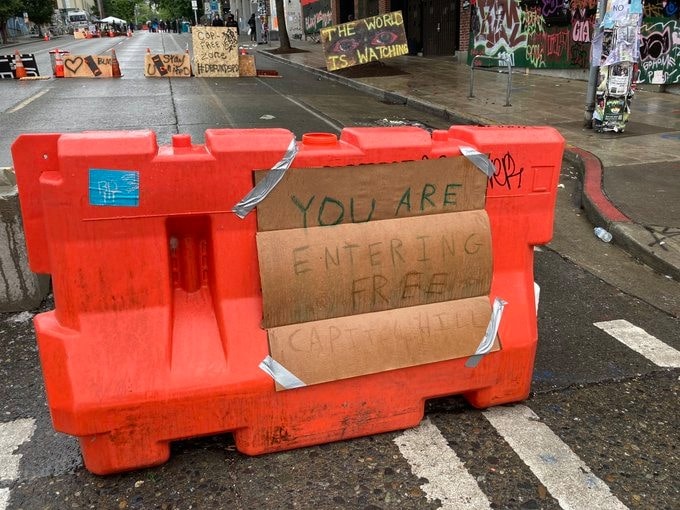 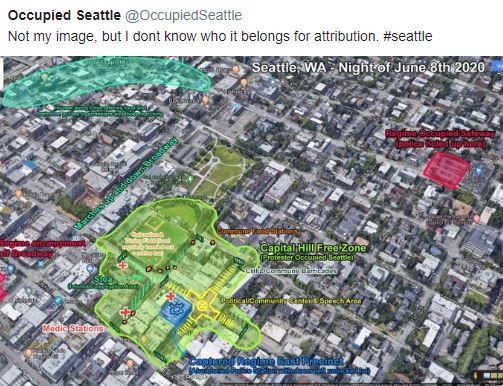 They have now released a list of demands from the Seattle and Washington State governments:

Given the historical moment, we’ll begin with our demands pertaining to the Justice System.

We also have economic demands that must be addressed.

Related to economic demands, we also have demands pertaining to what we would formally call “Health and Human Services.”

Finally, let us now address our demands regarding the education system in the City of Seattle and State of Washington.

Texas Dem House Candidate: ‘If People Loot, So What? Burn It To The Ground’ (VIDEO)

Kim Olson, a Texas Democrat running for a House seat was caught on video saying she doesn't care if people loot, and added, they should just “burn it to the ground.”

If Biden continues to make absurd rants and statements, Democrats are liable to chain him to his basement! He is ruining their already nonexistent chances of winning the presidential election against Donald Trump in November.

During an interview with Trevor Noah on Comedy Central’s “Daily Show,” former Vice President Joe Biden said that he has been thinking about what would go down if he won the election and President Trump refused to leave. He then revealed that he believes the military will step in and remove Trump “from the White House with great dispatch."

Angry Black Lady Screams at White BLM Protesters: 'You Racist White Liberals Do This Every 4 Years'

This lady was on her way home with kids in the car when she ran into white liberals stopping traffic with "Black Lives Matter" signs. She saw past the nonsense of these protesters and called them on their BS.

A crowd of protesters in Portsmouth, VA took down a Confederate monument outside of a courthouse. The statue fell on a man and seriously injured him.

Many have responded to the death of George Floyd by taking down statues and monuments that they link to racism and white supremacy.

This City Dissolved Its Police Department 7-Years Ago, Here's What It Looks Like Now

The trending thing going on right now with the riots is the people calling for the defunding of the police. There is no real 100% agreement of what that actually means though.

There are those who want the police force COMPLETELY defunded meaning zero money to go to them.

‘Anonymous’ National Guard Officer Calls Trump A Liar, ‘What I Just Saw Goes Against My Oath.’

Politico claims they spoke with 10 national Guardsmen that were deployed to Washington DC during the George Floyd riots. One National Guard Officer who requested to remain anonymous claims what he saw violated people’s civil rights and the Trump Administration is lying.

The officer didn't want to be identified but this is what he said: